Tools of The Trade :: Git

This is the first in a series of posts about tools and processes which make my life as a engineer better. In this first post we’ll take a look at Git.

Git is a wonderful tool. For teams working together (and individuals!) on source code, git is the go to for distributed version control software.

It’s assumed here that the reader already has a working knowledge of Git. This post focuses on tooling to be used on top of Git

Git supports hooks which may be used to trigger actions when certain events occur, both on your local client and on the server. This page shows more details on them. I used to write my own hooks, until I discovered pre-commit. This is a python based tool for managing your git hooks. It’s easy to write your own and there is a large library of hooks already out there on the Internet.

I use this on my client device and also in my CI to ensure that code pushed meets set expectations.

Some of the many, many things which pre-commit can do for you:

Standardising commit messages is a bit more out there, but it makes sense for a few reasons detailed below. There are a few options in this space but I prefer Commitizen.

Somewhat confusingly there are two projects called Commitizen. Both are great but share only a name. The one above is based on python, the other (cz-js) is based on Javascript

Reduce Friction for contributers and maintainers

You can use it to trigger CI

When combined with pre-commit (to check your commit messages conform to your standard), users gain the ability to start creating #git-ops pipelines which may take actions based on the contents of commit messages. Some obvious wins here:

While Commitizen is very useful out of the box it’s also dead easy to extend it and customise.

There are many tools for providing a Graphical User Interface ontop of git. VSCode, which I use heavily, has many extensions worth talking about.

Out of all of these, there is one application which provides joy every time I use it:

LazyGit is written for users which want a Git GUI in their terminal. It reduces the friction and learning curve on doing more complex (and simple) Git operations. 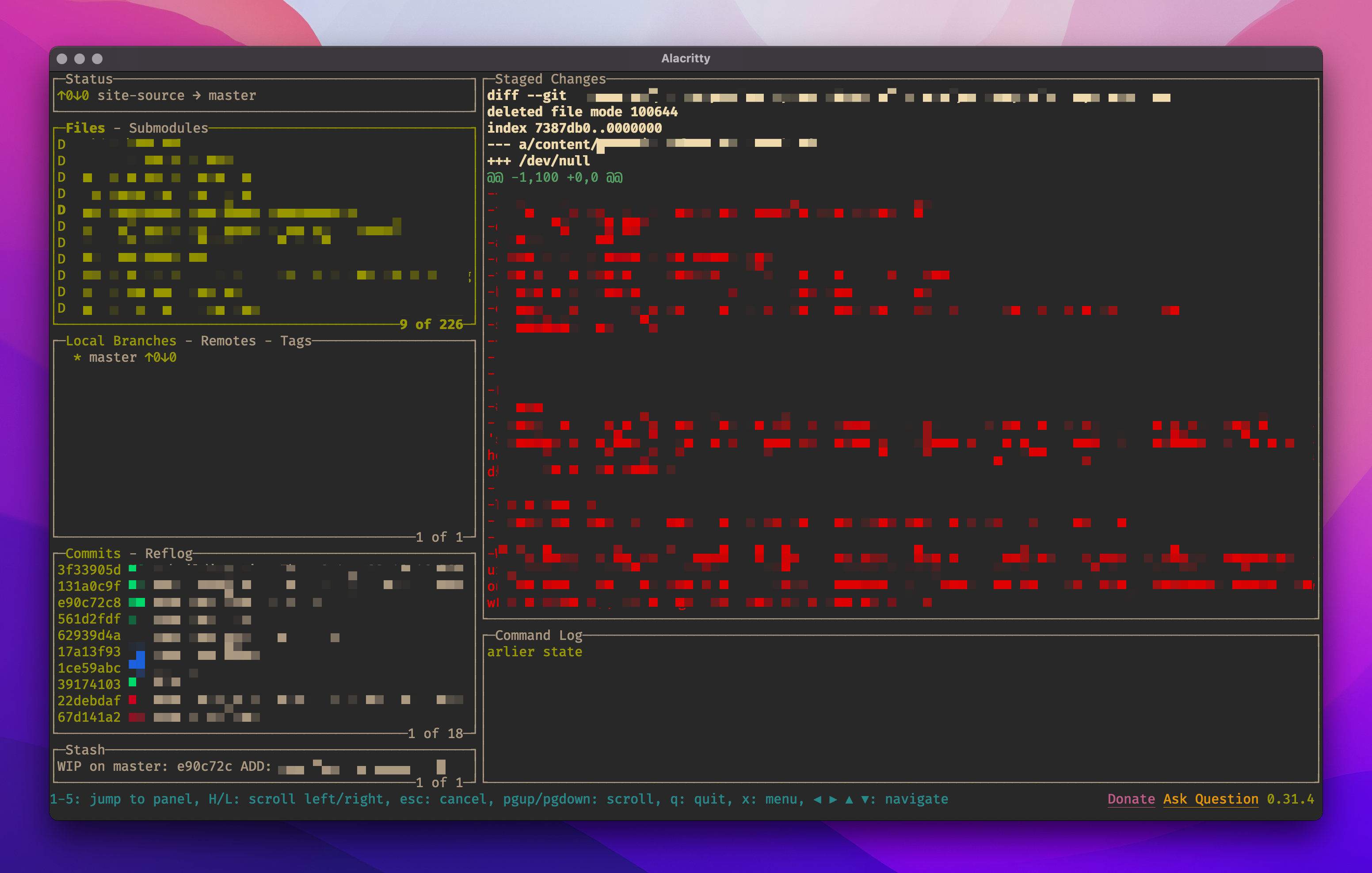 It is customisable and works well with Commitizen

While the above tools are useful, having a standardised git flow across your is much more important. Especially if you are in a team working across git repositories.

Have this documented as a living document alongside your team’s coding standards is a good practice.

Cloning many organisation repos from GitHub

This is most easily accomplished using the Github CLI.

If using homebrew on a mac instsall the Github CLI: